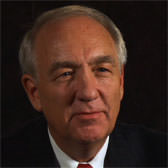 From 2009 to 2015, Ambassador Stephen J. Rapp served as the U.S. Ambassador-at-Large for War Crimes Issues, heading the Office of Global Criminal Justice in the U.S. Department of State. Appointed by President Obama, he was confirmed by the Senate, and assumed his duties on September 8, 2009. Prior to his appointment, he served as Prosecutor of the Special Court for Sierra Leone beginning in January 2007, leading the prosecutions of former Liberian President Charles Taylor and other persons alleged to bear the greatest responsibility for the atrocities committed during the civil war in Sierra Leone. During his tenure, his office achieved the first convictions in history for sexual slavery and forced marriage as crimes against humanity, and for attacks on peacekeepers and for recruitment and use of child soldiers as violations of international humanitarian law.

From 2001 to 2007, Mr. Rapp served as Senior Trial Attorney and Chief of Prosecutions at the International Criminal Tribunal for Rwanda, personally heading the trial team that achieved convictions of the principals of RTLM radio and Kangura newspaper—the first in history for leaders of the mass media for the crime of direct and public incitement to commit genocide.

Mr. Rapp was United States Attorney in the Northern District of Iowa from 1993 to 2001, where his office won historic convictions under the firearms provision of the Violence Against Women Act and the serious violent offender provision of the 1994 Crime Act. Prior to his tenure as U.S. Attorney, he worked as an attorney in private practice and served as Staff Director of the U.S. Senate Judiciary Subcommittee on Juvenile Delinquency and as an elected member of the Iowa Legislature. He received his BA degree from Harvard College, and attended Columbia and Drake Law Schools and received his JD degree from Drake.