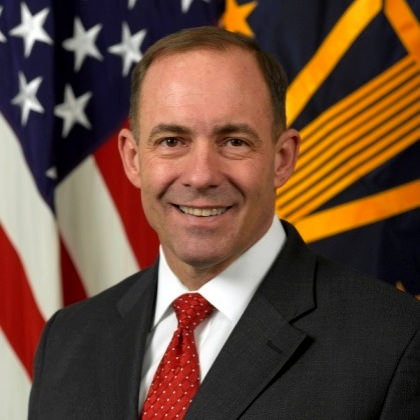 Col. William Lietzau is the Director of the U.S. Defense Counterintelligence and Security Agency. Prior to this role, he was Director of the Personnel Vetting Transformation Office. Before returning to government, he was Vice President and Deputy General Counsel at PAE. Mr. Lietzau was Deputy Assistant Secretary of Defense for Rule of Law and Detainee Policy at the U.S. Department of Defense from 2010-13, where he was responsible for developing and coordinating global policy guidance concerned. His former portfolio at the Department of Defense included issues pertaining to international humanitarian law and the ICC. His most recent assignment was at the White House as Deputy Legal Adviser to the National Security Council where he addressed a variety of legal issues such as international criminal law, counter-narcotics, counterterrorism, non-proliferation, foreign assistance, and treaty implementation, etc.

As a Marine, he served in a variety of command and legal capacities including that of prosecutor, defense counsel, and military judge as well as legal advisor at all levels of the U.S. military. He served on several U.S. delegations in multilateral treaty negotiations including those adopting the Terrorist Bombing Convention, the Ottawa Convention banning anti-personnel landmines, the Second Protocol to the Hague Cultural Property Convention, and the Rome Statue that established the ICC. He also led the U.S. delegation that helped draft the ICC’s Elements of Crimes. In addition, he has taught international law as an adjunct professor in Georgetown University Law Center’s Master of Laws program. Mr. Lietzau holds a B.S. from the U.S. Naval Academy, J.D. from Yale Law School, an L.L.M. in Military Law from the U.S. Army’s Judge Advocate General’s School, and a M.S. in National Security Law from the National War College.