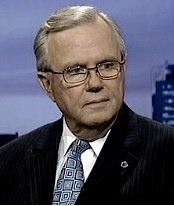 The Hon. Hans Corell is the former Under-Secretary-General for Legal Affairs and the Legal Counsel of the United Nations, a position he held from 1994 to 2004. He was one of the authors of the CSCE proposal for the establishment of the International Tribunal for the former Yugoslavia, the Secretary-General’s representative at the 1998 U.N. Conference that adopted the Rome Statute of the International Criminal Court. During his service in the United Nations he was also involved in the establishment of the International Criminal Tribunal for Rwanda, the Special Court for Sierra Leone, and the Extraordinary Chambers in the Courts of Cambodia. Previous to this position, Hon. Corell was Ambassador and Head of the Legal Department of Sweden’s Ministry for Foreign Affairs from 1984 to 1994.

He served in Ministry of Justice from 1972 to 1984; the last three years as Chief Legal Officer. In 1980, he was appointed Judge of Appeal in Sweden. Since his retirement from public service in 2004, Hon. Corell serves as legal adviser, lecturer, member of different boards, and is involved in the work of the International Bar Association, the International Center for Ethics, Justice and Public Life at Brandeis University and the Hague Institute for the Internalisation of Law. Hon. Corell holds a Master of Laws from Uppsala University and honorary Doctor of Laws degrees at Stockholm University and Lund University.