Structure of the ICC

The ICC is an international judicial body that was formed by a multilateral treaty called the Rome Statute. The ICC, which is independent of the United Nations, is based in The Hague, the Netherlands, although it may sit elsewhere.

The International Criminal Court (ICC) is an international judicial body that was formed by a multilateral treaty called the Rome Statute. The ICC, which is independent of the United Nations, is based in The Hague, the Netherlands, although it may sit elsewhere.

The ICC is composed of four primary organs: the Presidency, the Judicial Divisions, the Office of the Prosecutor, and the Registry.

The Assembly of States Parties serves as the Court’s management, oversight, and legislative body and is not an organ of the Court. It establishes the budget, elects judges and prosecutors, amends law and procedure, and conducts other activities consistent with the Rome Statute.

Also separate from the Court is the Trust Fund for Victims, which was created by the Assembly of States Parties (as specified in Article 79 of the Rome Statute) to provide assistance and support to victims of Rome Statute crimes and their families and to help implement Court-ordered reparations. The Trust Fund for Victims seeks to promote restorative justice, reconciliation, and sustainable peace by attempting to address the direct harms of atrocity crimes.

The Presidency is responsible for the overall administration of the Court, with the exception of the Office of the Prosecutor, and for specific functions assigned to the Presidency in accordance with the Statute.

The Presidency is one of the ICC’s four Organs. Its President and First and Second Vice-Presidents are all elected by an absolute majority of the Judges of the Court for a three year renewable term and serve full time. 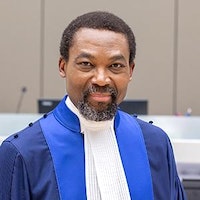 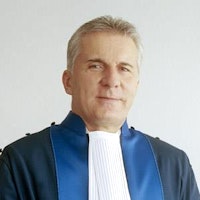 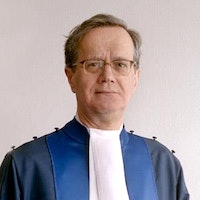 The Chambers consist of eighteen judges organized into the Pre-Trial Division, the Trial Division, and the Appeals Division. The judges of each Division are then divided into Chambers which are responsible for conducting the proceedings of the Court on specific cases and situations at different stages of the judicial procedure.

The judiciary of the Court is composed of three Divisions: The Appeals Division, the Trial Division and the Pre-Trial Division. The Appeals Chamber consists of all five judges of the Appeals Division. The Pre-Trial and Trial Chambers consist of three judges each from their respective Divisions. In addition, many of the functions of the Pre-Trial Chamber may be carried out by a Single Judge sitting as his own Chamber. The Presiding Judge of a Chamber is elected by the judges of the Chamber in question. The Appeals Chamber decides on a Presiding Judge for each appeal. 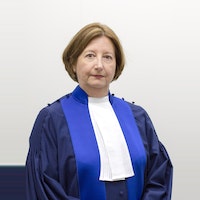 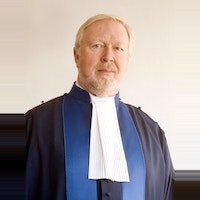 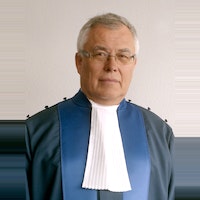 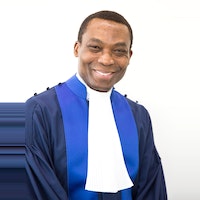 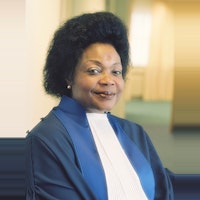 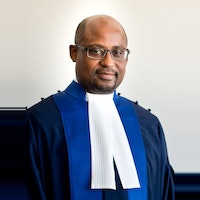 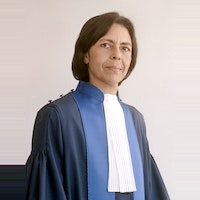 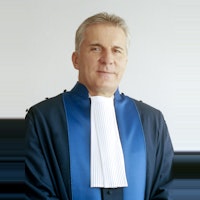 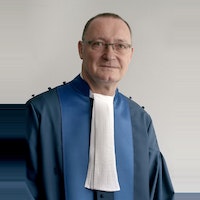 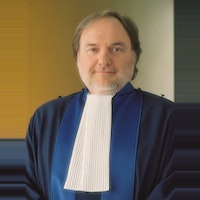 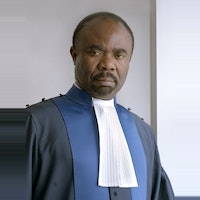 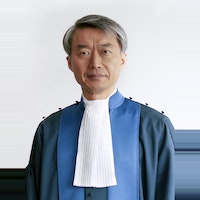 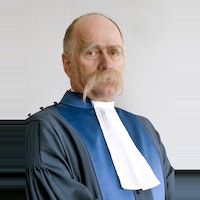 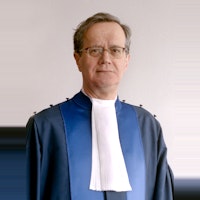 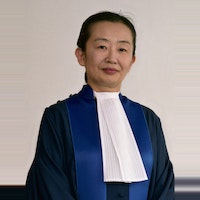 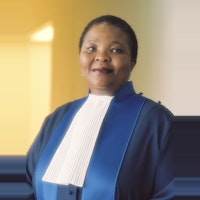 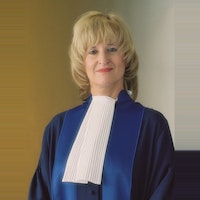 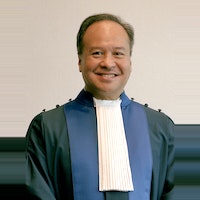 Office Of The Prosecutor

The Office of the Prosecutor (OTP) is responsible for receiving referrals and any substantiated information on crimes within the jurisdiction of the Court. OTP examines these referrals and information, conducts investigations, and conducts prosecutions before the Court.

First, OTP performs preliminary analysis on the referrals and information on crimes that it receives to determine if they meet the jurisdictional requirements to merit an investigation. If OTP determines that the situation meets jurisdictional requirements, then it conducts an investigation into the situation. Should the investigation yield enough evidence to merit the issuing of arrest warrants, OTP applies to the Pre-Trial Chamber for the issuance of a warrant or a summons to appear. After the accused has been arrested or summoned to court voluntarily, OTP presents its charges and its evidence to the Pre-Trial Chamber and the Pre-Trial Chamber determines whether to confirm the charges. After charges are confirmed, OTP conducts the entirety of the prosecution at trial. 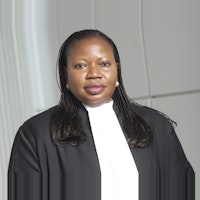 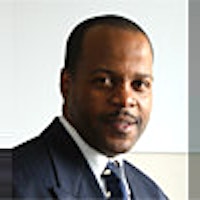 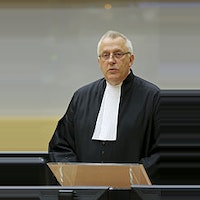 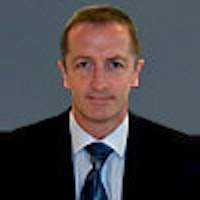 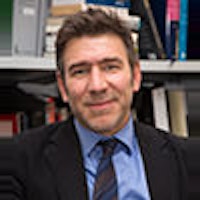 The Registry provides judicial and administrative support to all organs of the Court and carries out its specific responsibilities in the areas of defense, victims and witnesses, outreach and detention.

It is headed by the Registrar who is the principal administrative officer of the Court and oversees various offices and sections that perform specific administrative and supportive tasks.

In addition to providing all administrative support for the Court’s activities both at the headquarters in The Hague and in the field, the Registry has specific responsibilities in particular areas of the Court’s mandate. In the area of defense, the Registry protects the rights of defendants by administering the legal aid program for indigent defendants and providing various forms of assistance to defense counsel. The Registry provides a similar counsel support function to victims as well as ensuring the safety and support of witnesses and victims. The Registry also performs an essential outreach function by ensuring that affected communities in situations subject to investigation or proceedings can understand and follow the work of the Court through the different phases of its activities. The Registry is also responsible for administering and coordinating the detention of all those detained under the ICC’s authority. 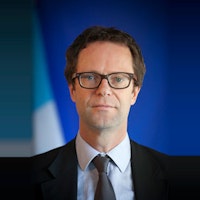 The Assembly of State Parties (ASP) is the management, oversight, and legislative body of the Court, and its role is described in Article 112 of the Rome Statute. Each State Party has one vote in the ASP. Both the ASP and its Bureau attempt to make decisions by consensus, and when consensus cannot be reached make decisions by two-thirds majority (on matters of substance) and simple majority (on procedure). In addition, the President of the Court, the Prosecutor and the Registrar or their representatives may participate in meetings of both the ASP and the Bureau when appropriate.

The ASP has a Bureau that supports its work. The Bureau includes a President, two Vice-Presidents and 18 elected (for three-year terms) members, and according to Rome Statute Art. 112 should “have a representative character, taking into account, in particular, equitable geographical distribution and the adequate representation of the principal legal systems of the world.”

The ASP sets the rules and regulations of the Court and makes various decisions related to management and oversight, such as the adoption of normative texts and of the budget, the election of judges, the Prosecutor and Deputy Prosecutor(s), and any issues related to non-cooperation. The ASP also provides oversight to the Presidency, Registrar, and Prosecutor and has the ability to establish subsidiary bodies, such as independent oversight mechanisms.

The Trust Fund serves victims of crimes that fall within the Court’s jurisdiction through the provision of 1) general assistance including physical rehabilitation, psychological rehabilitation, and/or material support and 2) implementation of reparations awards ordered by the Court against a convicted person.

The TFV uses fines and forfeitures of persons convicted through ICC proceedings, as well as through voluntary donations from states and individual donors. The TFV works with national and international partners to implement its programs through a grant-making process.

The two mandates of the TFV, general assistance and reparations, were established to provide support to victims of genocide, crimes against humanity and war crimes. While reparations are linked to accountability, arising from individual criminal responsibility of a convicted person, the assistance mandate is not and can address broader implications of the crimes and conflict at issue.

Through its assistance mandate, the TFV provides assistance to victims and their families independently from the conviction of a particular person, or before a conviction happens. This allows for assistance to reach victims and affected communities more quickly, and reaches victims of crimes committed in the conflict at issue without the requirement that they be directly tied to charges and the case against a particular defendant. Assistance activities are funded by voluntary contributions.

The TFV fulfills its reparations mandate by creating plans and programs to implement reparations orders decided by the Court. Although reparations can be direct and aimed at individuals, including individual compensation or material support and physical or psychological rehabilitation. They can also be collective or symbolic, which might address broader societal or collective harm caused by atrocity crimes. These possibilities allow for the Court to be responsive to the context of specific cases and the wishes of victims, and for reparations measures to encourage restoration, reconciliation and address community-wide needs.

Since 2008, the Trust Fund has implemented projects in Uganda, the Democratic Republic of the Congo, Kenya, and the Central African Republic, and is launching an assistance program in Côte d’Ivoire. The Trust Fund is also working to implement reparations orders in several cases.