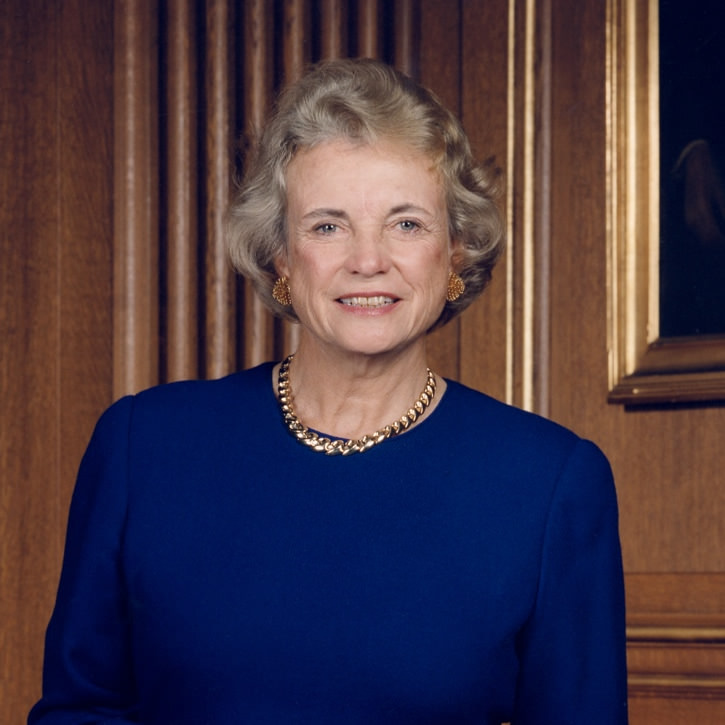 After President Ronald Reagan nominated her to the U.S. Supreme Court, Justice Sandra Day O’Connor took her seat as an Associate Justice on September 25, 1981. She was the first woman to be appointed to the Court. Justice O’Connor retired from the Supreme Court on January 31, 2006. Prior to her service on the Supreme Court, she was a Judge on the Arizona Court of Appeals and previous to that position a Judge of the Maricopa County Superior Court from 1975 to 1979. Justice O’Connor was also appointed to the Arizona State Senate as the first female Majority Leader in the U.S. as the Republican leader in 1969 and was subsequently reelected to two two-year terms.

She practiced law in Maryvale, Arizona from 1958 to 1960, and served as Assistant Attorney General of Arizona from 1965 to 1969. She served as Deputy County Attorney of San Mateo County, California from 1952 to 1953 and as a civilian attorney for Quartermaster Market Center, Frankfurt, Germany from 1954 to 1957. Justice O’Connor was Chancellor of The College of William & Mary in Williamsburg, Virginia, and currently serves on the board of trustees of the National Constitution Center in Philadelphia, Pennsylvania. On August 12, 2009, she was awarded the Presidential Medal of Freedom, which is the highest civilian honor of the United States, by President Barack Obama. She received her B.A. and LL.B. from Stanford University.